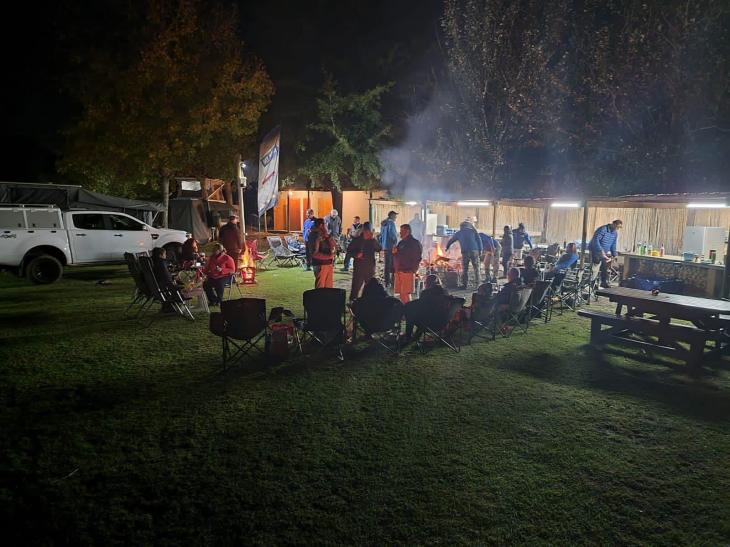 Just over 24hrs ago our Club member got back from their weekend camp at Die Watergat-Camping, just outside of Rawsonville and just a stones throw from the Huguenot Tunnel.

Campers started arriving from early on Friday, with a few taking the Weather Man to task for not correctly predicting the rain to stop at 08:00, however by 09:00 the skies had cleared and there was no further rain for the weekend.

Friday evening saw a number of small campfires scattered around the campsite, as friendships were reconnected over some cold beverages and good conversations, with tons and tons of laughs.

Saturday morning saw a number of campers huddled around early morning fires to try and defrost from the bitterly cold morning air, never had the coffee station been such a welcome sight on the campsite.

The kids enjoyed the campsite and played their usual campsite classics, hide and seek, soccer, rugby but this camp was unique in that we even had a portable netball net come with, much to the delight of the girls and some of the Moms on camp.

The communal Braai on Saturday saw us huddled around the campfire by the Lapa with lots of good laughs and times shared while cooking together. Rumours are that it was such an awesome evening, that some club members managed to stay up until the very very early hours of the morning.

Sunday morning was another cold one with Campers slowly packing up camp and making light work of the short distance home for most people.

This was another awesome camp but as most members in attendance would confirm, it was just too short. We don’t have anymore club camps planned until after the GONE Tour in July, however we are still busy planning a social for the 16th of June, so watch this space for more details.