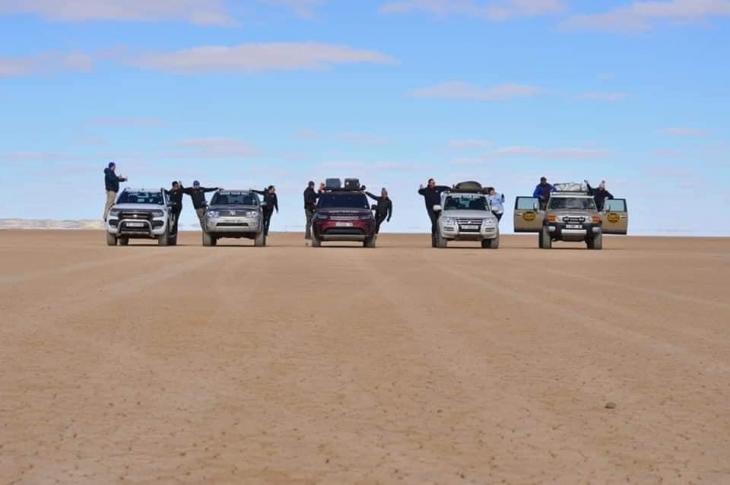 Just a few short days ago our club members ended their Greater Orange Northern Escape (GONE) Tour, the tour was initially planned for 2020, but due to COVID restrictions had to be moved to 2021.

Sorry for the long post and feel free to skip right along, however I wanted to share what we got up to over the last 2 weeks.

Members made their was on respective days to our meeting point at Oranjerus, just outside Upington. Campers took many varied routes to get to camp, with some opting for a stopover along the way, a few driving straight through and some even opting for an almost all gravel road approach, while one crazy family ventured past 2 stops along our route, before returning all the way to Oranjerus.

Campers arrived on site and were greeted with Boerewors rolls compliments of one of our amazing tour sponsors Joey's Vleisprodukte as well as an incredibly generous gift of a braai broodjie grid from the Vosloo family.

Members were also spoilt by the Kleingeld family who donated a few packets of homemade Rusks to each family, which I must personally say were delicious with our morning camp coffee.

Due to COVID lockdown restrictions, activities in the area were extremely limited, however campers made use of the time to relax and unwind as well as spend some time stocking up on supplies within Upington before leaving for more remote campsites.

We did however get to watch a few Euro 2020 matches, including the Final due to the Ferreira family and their amazing Motorhome with its outside TV. A few of our brave ladies and one crazy guy even managed to get in a Zumba Strong ZOOM session, much to the delight of the onlooking crowd and onsite Medic ????

Our next stop was Molopo Lodge, just a few km’s from the Kgalagdi Transfrontier Park, Campers took the most direct route to camp, however most members stopped in Ashkam for some delicious homemade Melktert and Lemon Meringue at the Tourism office.

We had the campsite area at Molopo Lodge to ourselves and given these times, the private ablutions were a welcome addition to the camping facilities. The campsite is ideally located as a base of operations to explore the area and does offer alternative accommodation options for those interested.

The obvious attraction when in the area is the Kgalagadi National Park, which most members took the opportunity to explore the park, with sightings of Leopard, Cheetah, Lions, Giraffe and a number of other members of the African animal kingdom.

Other attractions in the area where the Meerkat Sanctuary, Red Sand Dune Surfing as well as the Hakskeenpan, with members taking turns to visit these attractions in order to avoid COVID exposure etc.

The camp will probably be most remembered for the icy cold conditions, which saw a few geysers take damage as the water inside them literally froze solid, causing a few pipes to expand and crack. It was also the destination at which we had to say Goodbye to one of our club families who had to cut the Tour short on account of being recalled from leave due to the unrest in the country.

The following stopover on route was Augrabies Falls, with members making the choice of Tar or Gravel as their chosen road type, those who opted for Gravel made their way into some of the most remote roads in the country and seeing little dorpies along the way such as Noenieput and Klipaar. The gravel route however did take its toll with a few campers requiring repairs after losing their caravan electrical connectors along the way.

We only had one night at the Falls, so most members spent the time at the park viewing the falls which only a few months ago had been in full flood mode with the rains at the time. Unfortunately for the members, we did not get to see the falls in this state as most of the water had dissipated by then.

Club members were treated to dinner that night, compliments of the club, consisting of Burger, Fries, Salad and then a choice of dessert. That next morning we began making our way to the final official stop of the tour, with members again needing to choose their route based on personal preference.

Given the unfortunate incidents on the last gravel roads, most club members offered for the “longer” tar roads through Springbok, stopping for Wimpy and supplies along the way in towns like Pofadder, while some went past Pella to either see the amazing church in the area or doing their good deed for the feline community as they attempted to rehome a stray cat in the area.

Members arrived at The Growcery in the Richtersveld and began setting up camp along the banks of the Orange River, while waiting for communication from 2 families who were taking longer than expected to arrive. This was due to them choosing the adventurous gravel road, only to be confronted with a Locked Gate 90minutes into the road, requiring a full U-turn and leaving them with some amazing adventures to reminisce upon.

Campers used the opportunity while in the area to do some River Rafting and spent some time on the Mighty Orange River, paddling their way downstream. Campers made the most of the slightly warmer weather and even managed to sneak in some shorts, plakkies and the odd few braved a swim in the River.

A few members made the decision to leave camp a day early, either to split the trip home or make their way home in time for Work / School on the Monday. The remaining campers left on Monday morning and made their way home. At the time of writing we had just received confirmation that the final members had made their way home safe and sound.

We would first and foremost like to thank all of our club members for another amazing tour, despite the COVID restrictions that placed some challenges on the normal activities on camp.

Secondly to our Amazing Sponsors who all contributed to making this Tour possible, and then finally all the committee members who helped plan what ended up being Version 4 of this tour over the last 2 years.